White-Haired Ah Ngo and Others, a collection of short stories, was published by Hung Fan Books. 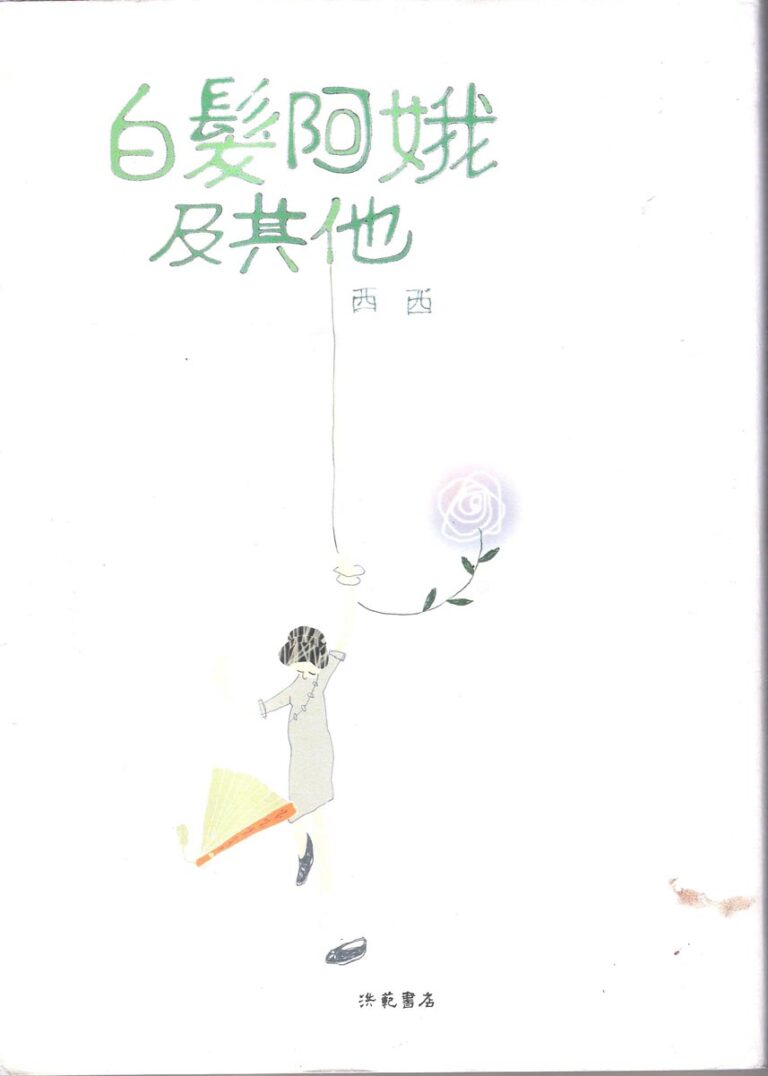 About Xi Xi’s White-Haired Ah Ngo and Others

White-Haired Ah Ngo and Others, published in 2006, includes all eight short stories from the White-Haired Ah Ngo collection by Xi Xi, the first of which were written in the 1980s. Centered on a middle-aged woman, an “old immigrant” who moved to Hong Kong in the 1950s, it considers the meaning of life in Hong Kong and enquires into topics such as history and religion. The first five stories of the collection were written in the 1980s, “White-Haired Ah Ngo and the Emperor” in 1997, and the last two stories, “Other” and “Photo Studio”, in 2000. “Other” talks about what happened when Ah Ngo was receiving treatment in a hospital. The story of communication with a Vietnamese migrant through gestures, and their mutual confused feeling towards destiny, is both subtle and natural.

In “Photo Studio”, Ah Ngo took care of a photo studio next to a low-cost housing estate. One day when she was dusting a display cabinet, she goes through the old photos, photos of strangers and of her own family, in the cabinet one by one. Many connected memories are instantly conjured up. Through the carefree perspective of Ah Ngo, Xi Xi skims through the splendour of life and the separation of family like glancing through a hand scroll; that is the most moving scene of the book. Memories piling up in a corner of a photo studio show how the human value of local memories are set aside in old districts on the city’s fringes. At the end of the story, a little girl comes to the photo studio and asks to have a school uniform portrait taken. However, as the studio was about to close down, Ah Ngo tells her to go look for another studio. Through this, Xi Xi identifies the damage urban renewal does to human experience, showing that it costs a city its memories and showing why there is a loss of cultural inheritance in the next generations. Ah Ngo’s lingering between reality and images and the complicated emotions that develop as she looks ahead to the future and back at the past signify Xi Xi’s contemplation of changing times.

Excerpt from White-Haired Ah Ngo and Others

Xi Xi: “Disintegration,” from White-Haired Ah Ngo and Others

“I’ve lived in my new home for less than a week. I cannot go back. My cohesive force won’t allow me to focus on floating so far away. But a little bit of me is still there, my lingering scent, so light, and so thin, that even you, my confidante, cannot capture it either. Perhaps, by chance, on a silent winter night, you will, in the crease of a quilt, unexpectedly find it and be surprised. So please, hold back your tears. I won’t allow you to be sad.”

“Only they, my beloved cats, by virtue of their innate acute sense of smell, can still recognize my existence among from a mixture of smells. In their small brains, perhaps they find it strange—why is this peculiar yet familiar scent not connected to a body, becoming increasingly faint and difficult to track? After a few weeks, it can never be captured again. Then, my body and spirit will complete-ly, dis-si-pate…”

Critics’ views on White-Haired Ah Ngo and Others

Chan Chi-Tak: “The Construction and Disintegration of The Local: From My City to White-Haired Ah Ngo and Others”

“…After reading White-Haired Ah Ngo and Others (2006), I have a deep sense that pieces such as “Photo Studio” and “Disintegration” indicate the true endings for Fruits, Liberty, and Braids from My City. I do not mean that White-Haired Ah Ngo and Others is the sequel to My City, but the latter, published in the 2000s, insightfully predicts “the disintegration of a living community” as a consequence of urban reconstruction and economic transformation against the backdrop of globalization. In a suspended state due to the rupture of experience and alternation of ideas, the sense of identification with the local cultivated in the 1970s dissipates. The world in the 2000s, which is the object of ridicule and anger in “Photo Studio” and “Disintegration,” is a true reworking of My City.”

If you have read White-Haired Ah Ngo and Others, please leave us a message below!