The Merry Building, a novel, was published by Hung Fan Books. 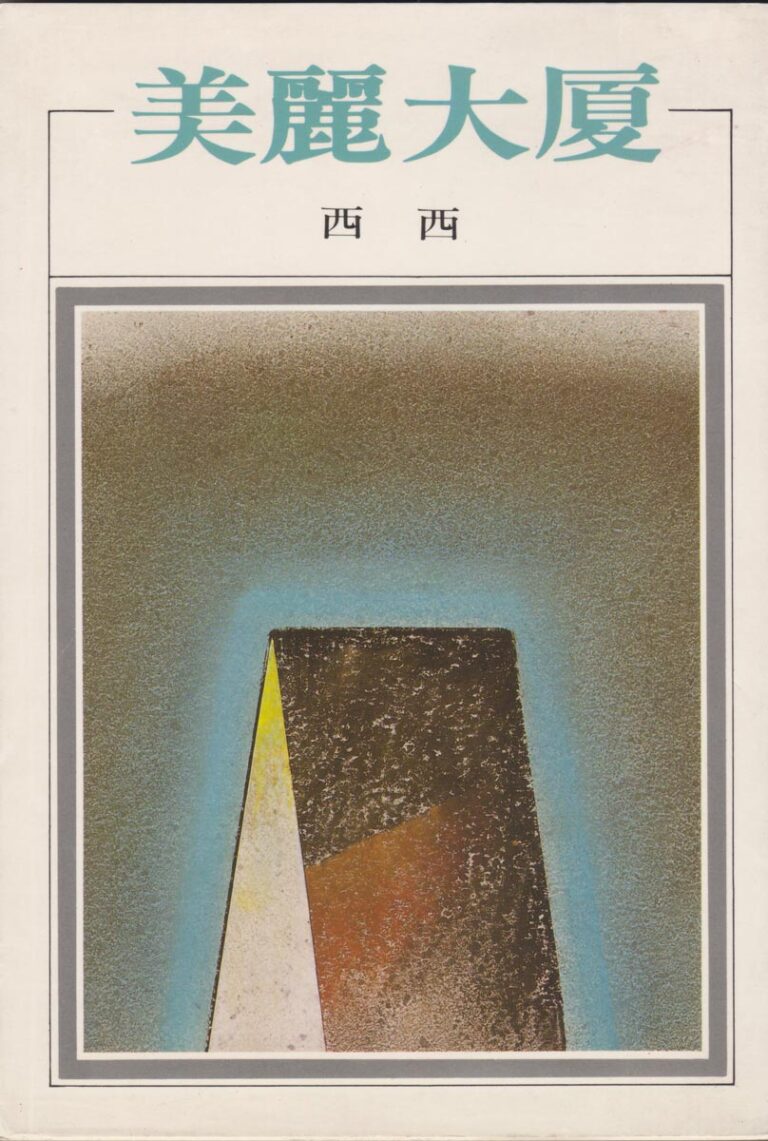 About Xi Xi’s The Merry Building

Subsequent to My City, The Merry Building was serialised in the Express Daily from 4 January to 31 March in 1977. Xi Xi has described the two novels as “two ways of writing one place”. While My City is a Hong Kong version of the moving perspective of Along the River During the Qingming Festival (Qingming Shanghe Tu), The Merry Building is set at a fixed site, a 12-storey-tall building.

The Merry Building was modelled on Merry Mansion in To Kwa Wan, Hong Kong, into which Xi Xi had just moved. Before that, Xi Xi lived in an old 4-storey tenement building on a lane next to Wuhu Street, where there was no elevator and no one felt the need to install a gate on their door. Merry Building, where the elevator was often broken and the door gates were always closed, becomes a symbol of the city’s modernisation. When the protagonist of the novel, the nameless “I” (sometimes referred to as “you” or “he”), first moved into the building, he was always on the alert.

Xi Xi’s caution towards modernisation did not prevent her from observing the small beauties of the city. The name of the building in the novel, “Méi-lé” (a literary phrase which means “plum-beauty” in Chinese) was mistaken by a friend of the protagonist as “Mer-lì” (beauty). This chance misreading becomes as a new way of seeing the building. Like My City, The Merry Building is a record of the folklore of a city. It gives a poetic account of everyday life: the posture of a janitor scrubbing floor tiles in the building, the pace of a woman rushing home in the rain after shopping in the market, a worker climbing the stairs with a sack of rice on his shoulder, a hawker pushing his cart out to the street to sell steaming hot rice noodle rolls…

Excerpt/Excerpts from The Merry Building

“At the time, all of the residents did what they could to improve the living environment of the building, like countless arms appearing in the sky to lift a sinking ship.”

“You feel that the elevator is just an illusion, while the staircase is far more concrete, as you can touch its railings, and see its shape. It is an upright object, bright but unostentatious. Climbing the stairs gives you a sense of being firmly grounded. Instead of feeling fatigued, you gain a fresh experience. You think of all the things amiss in an elevator—being cramped, crowded, disoriented, imprisoned, anxious, and panic-stricken—reflecting the overall morbidity of the city.”

From Xi Xi’s “Afterword” to The Merry Building

“If My City is an outward style of writing, can The Merry Building be an inward style? These are two ways to write about a place, just different perspectives.
Time is also different. The reason time is different is actually because the space has changed. I witnessed these changes and tried to write them down.”

If you’ve read The Merry Building, leave us a message below!